ALLENTOWN, Pa., March 22, 2021 /PRNewswire/ -- PPL Corporation (NYSE: PPL), one of the largest companies in the U.S. utility sector, today announced that its Board of Directors has appointed Wendy E. Stark senior vice president, general counsel and corporate secretary. Stark will replace Joanne Raphael effective April 12, 2021, at which time Raphael will become executive vice president and chief legal officer until she retires on June 1, 2021. 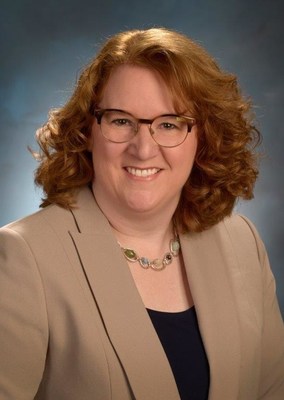 In her new role, Stark will lead PPL's legal department and oversee the company's ethics and compliance program. She brings more than two decades of legal experience to PPL, with the vast majority of her service in the public utility sector. She joins PPL from Pepco Holdings, LLC, where she was senior vice president, Legal and Regulatory Strategy, and general counsel.

"Wendy's significant experience in leading legal teams, her extensive background in regulatory matters, and her deep knowledge of our industry make her a great addition to PPL as we best position the company to create long-term value for all stakeholders moving forward," said Vincent Sorgi, PPL president and chief executive officer.

From 2016 to 2021, Stark led the legal and regulatory affairs departments of Pepco Holdings, LLC, a subsidiary of Exelon Corporation, overseeing all legal matters and regulatory strategy for several electric and gas utilities in multiple jurisdictions. From 2012 to 2016, she served as Pepco's deputy general counsel.

"I'm incredibly excited to join PPL as the company begins a new century of service and looks to strategically reposition itself as a U.S-focused energy company," said Stark. "I'm eager to work with PPL's leadership and legal teams to build on the company's strong track record of success and to deliver for customers, shareowners and the communities PPL serves."

Stark began her legal career in labor and employment law, representing clients first at Calfee, Halter & Griswold, LLP and then at Baker & Hostetler, LLP, both in Cleveland, Ohio. In 2002, she joined FirstEnergy Corporation's legal team as an attorney and spent a decade with the company, her last seven years as associate general counsel before joining Pepco.

She holds a bachelor's degree in English and political science from Kalamazoo College in Michigan and earned her juris doctor from University of Michigan Law School.

Throughout her career, she has served on numerous nonprofit and industry boards, including the Girl Scouts Council of the Nations Capital, GridWise Alliance, the New Jersey Utilities Association, Homeless Children's Playtime Project in Washington, D.C., and the Energy Association of Pennsylvania.

Stark will succeed Raphael, who in December 2020 announced her plans to retire June 1, 2021, after a 35-year career with PPL.

Headquartered in Allentown, Pennsylvania, PPL Corporation (NYSE: PPL) is one of the largest companies in the U.S. utility sector. PPL's seven high-performing, award-winning utilities serve more than 10 million customers in the U.S. and U.K. With more than 12,000 employees, the company is dedicated to providing exceptional customer service and reliability and delivering superior value for shareowners. To learn more, visit www.pplweb.com.