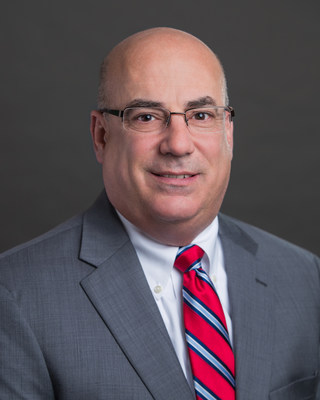 Bonenberger, who has nearly four decades of energy industry experience, has played a leading role in driving PPL Electric Utilities' operational excellence and grid modernization over the past decade. He will report directly to PPL Executive Vice President and Chief Operating Officer Gregory N. Dudkin. Bonenberger and his wife Francine will reside in Rhode Island.

"Dave has been a key architect of our multi-year efforts to modernize the energy grid within our Pennsylvania operations in ways that have cut power outages by nearly one-third, paved the way to accommodate increased distributed energy resources, and delivered these benefits while keeping operating costs essentially flat and energy bills affordable," said Dudkin.

"Dave will bring this same energy, mindset and experience to his new role as we seek to drive significant value for Rhode Island families and businesses and support the state's forward-looking clean energy goals," Dudkin added.

Bonenberger's leadership team will be complete once the director of Business Services and director of Compliance positions are also filled.

"Collectively, the proposed leadership team has a deep understanding of the industry, a strong focus on continuous improvement, and a clear commitment to delivering energy safely and reliably for customers in Rhode Island," said Dudkin. "As we move forward, Dave and his leadership team will initially support the ongoing regulatory approval process while they plan for an expected smooth transition upon closing of the transaction."

"I am extremely honored to be named president of the Rhode Island operations and consider it both a privilege and obligation to work tirelessly on behalf of the Rhode Island customers to deliver a reliable and affordable system of energy," said Bonenberger. "At the same time, we will work collaboratively with state leaders to meet the ambitious renewable energy goals established for future generations to come."

Bonenberger was appointed to his current role of vice president of Operations Integration in April, with primary responsibility for ensuring the successful operational integration of Narragansett Electric into PPL upon closing of the transaction.

Before assuming his current role, he was vice president of Transmission & Substations for PPL Electric Utilities, where he led all aspects of transmission planning and operations. He oversaw improvements that reduced costs for ratepayers while improving reliability. Prior to this role, he served as vice president of Distribution Operations, overseeing day-to-day planning and operation of PPL Electric Utilities' vast distribution network, which covers 10,000 square miles in central and eastern Pennsylvania.

He joined PPL in 1984 as an assistant field office manager at PPL's former Susquehanna nuclear power plant. Over the course of his career, he has held various positions in the Corporate Audit, Financial, Customer Service and Operations departments.